to get easy recipes and delicious cocktails delivered to your inbox.

Exercise and I are not friends.

At best, we tolerate each other.

At worse, I ignore exercise altogether.

For years, when I’d quickly walk up a couple flights of stairs, or hustle from one building to another for a meeting, I’d end up huffing and puffing. (And then try to NOT huff and puff out loud so as not to give away how horribly out of shape I was.)

Every new year started with some variation of an “exercise more” resolution.

Every year I tried.

Every year exercise was gone from my life by the end of summer.

There’s lots of advice out there for making something a habit.

“Do it for 90 days and it becomes such a part of your routine that it’s second nature!”

Somehow those philosophies have never applied to me and exercise. I could exercise for six months straight, stop doing it due to illness (or minor injury, or vacation, or ANY excuse), and that was it. My habit was over and it became an uphill battle to find it again.

Then one day, I had a chance encounter with this staircase.

This ridiculous staircase is located in Saugatuck, Michigan. At the bottom of it is a parking lot. At the top of it are sand dunes and a path to glorious Lake Michigan.

I was on a work retreat, when colleagues suggested a morning walk. Thinking it would be a stroll around some wooded trails, I happily joined in. And then we ended up at this damn staircase.

I had spent a lot of time convincing myself that I wasn’t *that* out of shape. But this staircase came along to tell me YES YOU ARE!

I headed up these stairs with four other women.

I was the last one to the top.

I kept having to pause.

I kept feeling like I was going to be sick.

I kept being reminded over and over of how little exercise I was actually doing in my life.

My colleagues were so gracious. There wasn’t a word said about how long it took me to reach the top, how hard I was breathing, or that they could have completed a full yoga session while waiting for me.

But OMG, I was SO embarrassed.

The more I thought about that embarrassment, the more I never wanted to be in that space again.

I was tired of trying to hide my huffing and puffing.

I was tired of always putting “exercise more” on my to do list only to inevitably fall off the bandwagon (and happily wave at said bandwagon as it left me in a cloud of dust).

My attitude towards exercise has always been go big or go home. If I wasn’t running or doing long kickboxing sessions or losing lots of weight, what was the point?! Problem is, this way of thinking was causing me to hate exercise and eventually quit.

So how could I change my attitude?

I don’t know why that clicked, but it did. The new plan was to exercise for 30 minutes a day, 5 days a week. The exercise could be ANYTHING - gentle yoga, walking (fast OR slow), jogging - whatever I wanted it to be, just as long as I moved my body for 30 minutes.

This was about building a healthy routine through consistency, instead of trying to turn myself into an athlete. It was about giving myself a couple days each week to skip a workout, and not feel like I failed. I started keeping track of my new goal only in terms of weeks completed and I kept the number next to my alarm clock to remind myself what I was working towards.

And because I’m not trying to make myself into an athlete, my results haven’t exactly been mindblowing. I haven’t lost a lot of weight or inches. I haven’t started running 5K and 10K races. I haven’t joined a gym or started cross fit classes.

What I have been able to do is chase my dog or kid around the yard without becoming exhausted. I can pick up and carry my daughter, no matter how big she’s getting. I can walk up stairs, or dash from building to building, without huffing and puffing.

To celebrate completing one year of this journey, I returned that damn staircase and walked up it. Did I have to pause a few times? Yes. Did I still huff and puff? Yes. But I never felt nauseated. And I climbed it in half the time I had taken only one year earlier. And after I walked the dunes to the Lake Michigan beach, it counted as that day’s 30 minute workout. Score one for consistency.

Hi! I’m Katy. I’m an author, photographer, home cook, mixologist, mom, Michigander, and lover of all things food and drink. I never turn down a good happy hour and believe that a couple hours of meal prep pays off for daaaaays. Follow me on Instagram to check out what I’m working on next! Read More…

Get easy recipes and delicious cocktails delivered to your inbox!

Have a Homemade Happy Hour 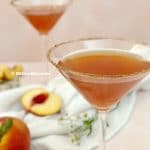 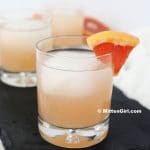 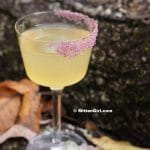 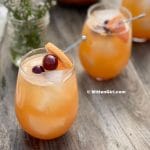 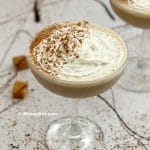 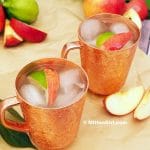 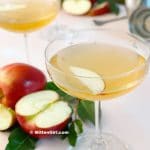